He came in wanting a bright orange or yellow gem that was like sunshine itself, but when he saw this trillion cut Peridot, he couldn’t help but change his mind. Ancient Egyptians considered Peridot the ‘gem of the sun’ and fittingly, they’re often formed in lava at the Earth’s mantle.

Let us help you tell your special someone
what you’re wishing for. 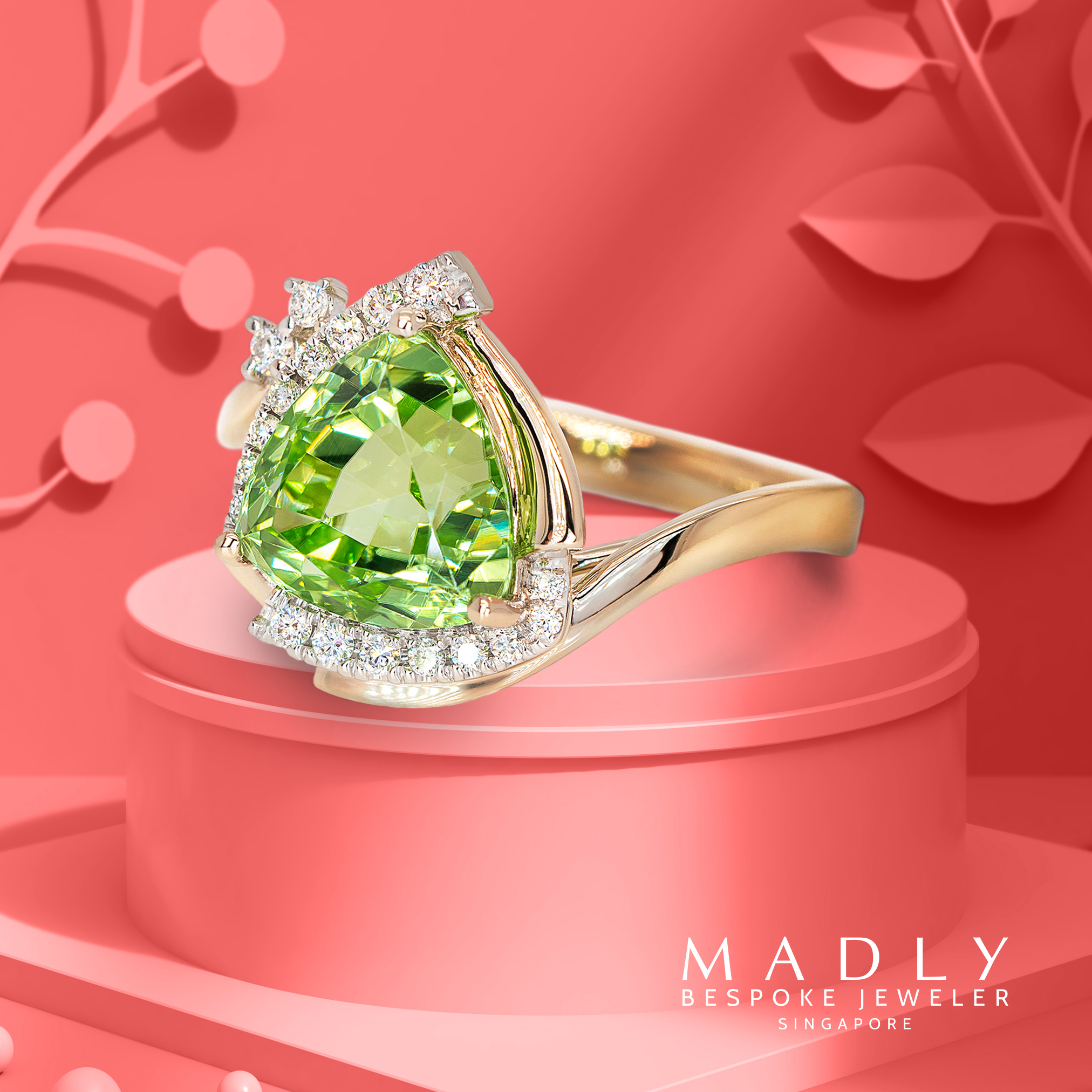